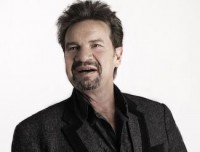 BEST-SELLING CCM singer Russ Taff will release on 2nd November his debut praise and worship album. 'Believe', receiving global distribution from The Fuel Music, is Taff's first new album in over seven years. Produced by Phil Naish and Mark Hornsby, the project features Taff duetting with Amy Grant and also features guest David Crowder. Said Taff, whose soon-to-be-released documentary film Russ Taff: I Still Believe chronicles his behind-the-scenes battle with alcoholism, "There was a day when I didn't think I'd ever be able to sing or record again. Grace from above, and from my wife Tori and friends coming alongside me, has breathed new life into my spirit. I'm so grateful for this season, and this new recording is my worshipful offering and heart's cry."