Bigger Than He Thought 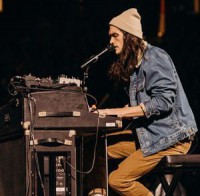 AMERICAN worship man Sean Curran, well known for his work on various Passion albums, has released a six-song EP. 'Bigger Than I Thought' is issued through SixStepRecords. One of the tracks on the project, "Live Again", was issued as a single in May.