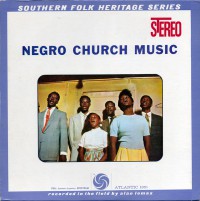 MAINSTREAM label Man In The Moon have reissued an album 'Southern Folk Heritage: Negro Church Music' featuring field recordings made by the renowned ethnomusicologist Alan Lomax in the 1950s. Read a review in Record Collector magazine, "This is spiritual testifying at its rawest. . . The fact that a celebratory holler like 'This Little Light Of Mine' (performed here by James Shorty & Viola James) was later covered by such diverse names as the Everly Brothers, Ray Charles and The Seekers is testament to the enduring power of music that wrote the biography of a nation."