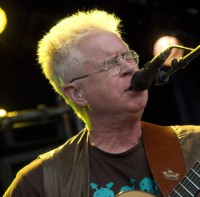 CANADIAN singer/songwriter Bruce Cockburn has issued the album 'Bone On Bone'. Read a review in The Spill Magazine, "'Bone On Bone' is Bruce Cockburn's 33rd album and his first studio album since 2011's 'Small Source Of Comfort'. Cockburn has not mellowed in those years. He is still producing his brand of folk/protest music. The songs may be a bit more personal these days, but from the opening track, 'States I'm In' until the last track, 'Twelve Gates To The City', Cockburn is seriously angry about a lot of things, but this is balanced with his invitation to love."