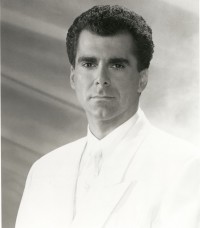 CCM STAR Carman, who in the '80s and '90s enjoyed such Cross Rhythms playlist hits as "The Champion", "Mission 3:14" and "Who's In The House", died on 16th February. The singer and songwriter passed away due to complications after surgery to repair a hiatal hernia in a Las Vegas hospital. He was 65.

Carmelo Domenic Licciardello began as a nightclub singer but found major Christian music success with albums like 'The Champion' (1985), 'A Long Time Ago.In A Land Called Bethlehem' (1986), 1988's 'Carman Live: Radically Saved', 'Revival In The Land' (1989), 'Addicted To Jesus' (1991), 'The Standard' (1993) and 'R.I.O.T. (Righteous Invasion Of Truth)' (1995). He often played free concerts in huge stadia and was renowned for his theatric and colourful stage performances.