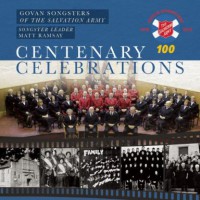 AN ALBUM marking the centenary of the Govan Songsters of the Salvation Army has been released. The Songsters are led by Matt Ramsay and the album is issued by Salvationist Publishing & Supplies.