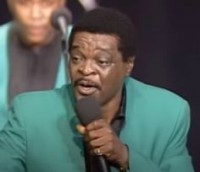 CHICAGO-based lead singer of veteran hitmaking gospel group The Pilgrim Jubilees (sometimes known as The Pilgrim Jubilee Singers), Clay Graham, died on 13th March. Graham joined the group, formed by his brother as a duo in 1934, when he and Cleve Graham joined the Pilgrim Jubilees in 1950. In their long history the group released 25 albums through six record labels, with their first album for Peacock Records 'Walk Out' selling more than 100,000 copies and their last gospel chart hit being 'In Revival' for Malaco Records in 1994. A musical homage to Clay Graham took place at the Prayer Center Baptist Church in Chicago on 20th March.

Love the Jubilees. Praying for Cleve. A fan originally from Houston,Tx