Retroactive set to release Bride on CD and vinyl 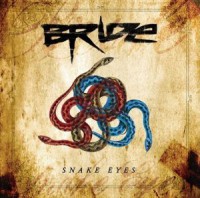 AMERICA'S Retroactive Records are releasing on 21st August the album 'Snake Eyes' by metal band Bride. Read a press release, "Bride fans have anticipated a full-on, legitimate, straight-out, unadulterated, no-holds-barred return to the 'Snakes In The Playground (1992)' era Bride sound. . . 'Snake Eyes' offers nothing less than a fistful of ferocious rock anthems that will be clogging your brainwaves in the days ahead."

For more on Bride visit the Bride artist profile