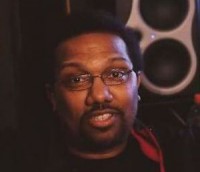 CHRISTIAN HIP-HOP veteran Prafit Josiah, originally from Rochester, New York, has released the single "Come Back" with an accompanying music video. The track was produced by Tone Jonez and features another hip-hop veteran, R-Swift. Said Prafit, "'Come Back' is an all-around dope record, speaking specifically about people coming back to Christ. R-Swift did not disappoint and we had a fun time shooting the video."