Stillman links with The Creak Music for "Shook" single 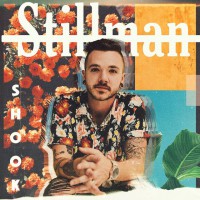 TENNESSEE'S The Creak Music, along with Integrity Music, have released the debut single from songwriter and worship artist Stillman. "Shook" was written by Stillman along with Jervis Campbell and Ashley White, and was produced by The Creak Music, the production team behind artists such as David Leonard, I Am They and Needtobreathe. Jacob Stillman hails from Little Rock, Arkansas, and his single "Keep Movin On" has broken a million streams across Apple and Spotify.