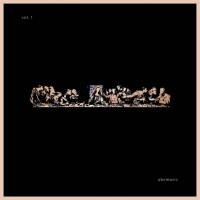 THE DEBUT EP by Ubcmusic has been released stateside. The band hails from University Baptist Church in Waco, Texas, which birthed the David Crowder Band. Ubcmusic's 'Vol 1' features five songs that have been in thorough rotation at UBC over the past year. "Wideness" (a new arrangement of "There's A Wideness In God's Mercy"), "O Love That Will Not Let Me Go" and "Mystery" are reimagined offerings of older songs, the first two being 19th century hymns, and the latter being a Charlie Hall song from 2008. "Anthem" is a Leonard Cohen cover, continuing UBC's history of embracing material outside the realm of nominally "sacred" songs. And "Pulse" is an original song about the interconnectivity of creation. Jack Parker (David Crowder Band, The Digital Age) engineered and produced 'Vol 1'.