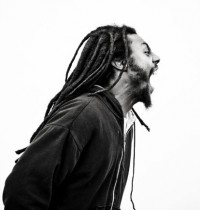 CRITICALLY acclaimed rapper Propaganda has released his fifth solo album. Talking about 'Crooked' the rapper said, "I talk about patriarchy and misogyny but I know I still benefit from being a guy. I need to own that. On this album I'm exploring a lot of ideas, including my relationship to my wife and two kids and how to love them better."