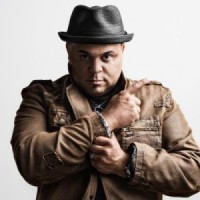 ON THE 21st September Authentic Media will be distributing in the UK the new album by gospel worship man Israel Houghton. After much publicised problems in his private life, Houghton released the single "Reckless Love" and now the six-time Grammy winning artist will be releasing the album 'Road To DeMaskUs'. The singer, songwriter, producer, filmmaker and worship leader will also be undertaking a 12 city tour of the US which will include a mix of solo outings and performances with New Breed.