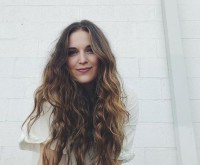 NASHVILLE-based singer/songwriter Rachael Nemiroff has released a single, "Circles". Read a press release, "With singer/songwriter roots, Rachael has found a new electronic inspired sound that matches her high-energy and enthusiastic personality." In 2014, Rachael released the EP 'Never Looking Back' and in 2017, the single "Hills And Valleys".