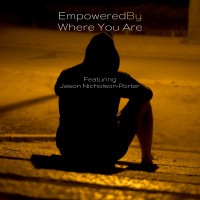 THE BRITISH gospel worship team EmpoweredBy, organised by Warren King, have released a six-track EP 'Empowered By Where You Are'. Earlier this year, the team released the EP 'EmpoweredByOne'.