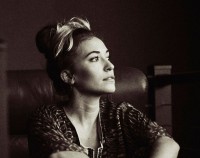 CHRISTIAN music's most popular solo artist Lauren Daigle, after several US dates, is set to undertake the Look Up Child European tour, kicking off in Spain on 24th October and taking in France, Netherlands, Belgium, Sweden, Norway, Denmark, Germany, Luxembourg and the UK. Her British concerts will be at the O2 Ritz in Manchester on 11th November and at the O2 Shepherds Bush Empire in London on the 13th.