Even If I Lose

Ohio-based rapper Armond WakeUp releases' Even If I Lose' set 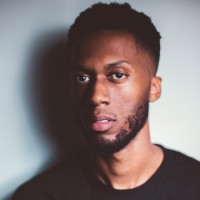 THE NEW album by Ohio-based rapper Armond WakeUp, 'Even if I Lose' on Illect Recording, features several guests including Sean C Johnson, Jonathan Baker, DJ Because and Brieah Taiye. Production credits include Tee-Wyla, Ess Be, Doc, J Rhodan and Jonathan Baker. Talking about his album Armond said, "'Even If I Lose' is an album concept I've had for a few years, but didn't feel a release to write it until February 2017. I was praying for direction and I heard God say 'you've always created these projects about a concept and fit me in them. When are you gonna create a project about me?' 'Even If I Lose' is me stripped down to nothing, but it is easily the strongest music I've ever created. It's energetic, it's confrontational, it's powerful."