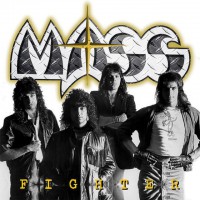 WHAT HAS been described as "a majestic, classic, 1980s heavy metal platter," 'Fighter' by Mass has been released by NoLifeTilMetal Records. The album was never officially released in 1982 because of a deteriorating relationship between A&M Records and the band's management. NoLifeTilMetal are releasing 'Fighter' in both limited edition vinyl and as a CD.

For more on Mass visit the Mass artist profile