Fighting For The Light 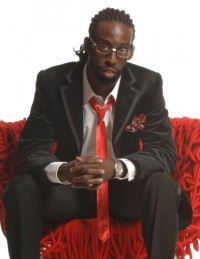 GRAMMY-winning gospel star Tye Tribbett is enjoying another major hit with his 'The Bloody Win' album. The tracks on the Motown Gospel album, recorded live during the Bloody Win tour, were drip fed to supporters in a series of singles. Said Tribbett, "My album is conceptually about aggressive victory. It's a message that now is not the time to be passive. When there's darkness in the world you have to fight for the light."