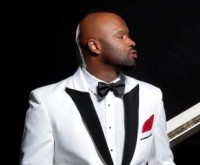 GRAMMY-winning singer, songwriter, producer and musical director Shannon Sanders has released a single, "Fight On (ftg Nashville Urban Choir)", in celebration of Black History Month. The single is the first of a new deal between Sanders and Blue Rose Music. The Nashville Urban Choir, the creative brainchild of Sanders, "symbolizes a growing and maturing city, one with a newfound respect and appreciation for the stylistic breadth of music that has always been created in Nashville's urban neighbourhoods, but is just starting to be recognized. It features a revolving cast of independent and up-and-coming artists from a variety of genres." The choir can be heard on upcoming recordings from Kaleo, as well as albums by Rival Sons and Robert Randolph.