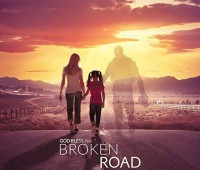 A FEATURE film based on the country hit recorded by Rascal Flatts, "Bless The Broken Road", is released today and is accompanied by the album 'God Bless The Broken Road'. The album features such artists as Regina Leigh King, Audio Adrenaline, MercyMe, The Afters, Hawk Nelson and others. The film tells the story of a widowed mother who meets a race car driver.