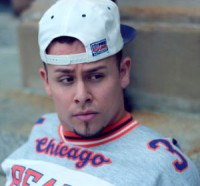 CHICAGO-based rapper Skrip released a single, "For The Dreamers", on 22nd March. The long-established emcee has previously issued such albums as 'Renegades Never Die' (2015), 'Exposition' (2016) and 'Field Trip' (2018).

For more on Skrip visit the Skrip artist profile