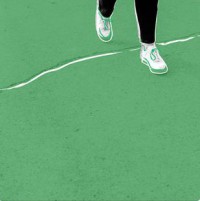 POP artist Lydia Evangeline, from Brighton, East Sussex, has released her fourth solo single this year, "Old Shoes", through Bespoke Records. Lydia is also one half of acoustic rock duo Wayward Daughter but debuted as a solo artist with "Coldest Shadow" in January. The singer/songwriter has announced two debut headline shows in Brighton on 28th June and London on 10th July.