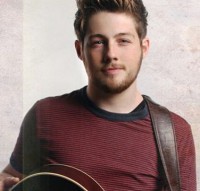 US LABEL Fair Trade Services have signed pop artist Austin French and released his first single "Freedom Hymn". Read a press release, "Originally from Georgia, French was surrounded by a musical family and began touring in churches, which led him to leading worship at the age of 18. In 2014, he won the hearts of millions of viewers, finishing as the runner-up on the ABC TV show Rising Star and sharing the stage with multi-platinum recording artist Josh Groban. After his success on Rising Star, French served as a worship pastor in the drug recovery capital of the world, Delray Beach, Florida."