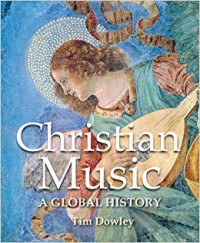 PROLIFIC author Tim Dowley, who has written books on J S Bach, Bob Dylan and the history of Christianity, will have the book Christian Music: A Global History published on 20th September. Dowley traces the story of Christian music from its earliest Jewish origins, through the Renaissance, Reformation and up to the present day, discussing various liturgical traditions as well as non-liturgical sacred music. He covers the fascinating story of hymns, sacred songs and Christian expressions in modern jazz, folk, rock and pop. This wide-ranging book has specialist chapters on Christian music worldwide and covers such topics as Christmas carols, the music of Handel and Bach, spirituals and the blues, medieval polyphony, Hildegard of Bingen and contemporary Christian music.