God As A Refuge 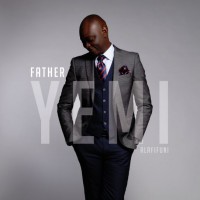 THE NIGERIA-born, London-based gospel worship artist Yemi Alafifuni has released an eight-song mini-album, 'Father'. It follows on from five singles released in 2017 and 2018. Read a press release, "Though he experienced dark times in his life, Yemi is aware that millions are suffering from wounds far worse. His goal with this music project is to reach the 'fatherless generation'. He wants to re-introduce God as a refuge. Despite the hurt, he is the real Father that longs for a real relationship with his children."