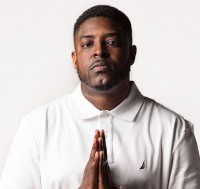 A SINGLE by producer Dee Black, "Good Day (ftg Jered Sanders and Eshon Burgundy)", has been released. Said Sanders, "I was approached by my brother Dee Black for a unique collab opportunity. He told me that he wanted me to sing but not rap. What a lot of people don't know is although I'm known as a rapper now, I got my start as a singer. . . Later on [Dee] came to his senses and told me to throw some bars on there too."