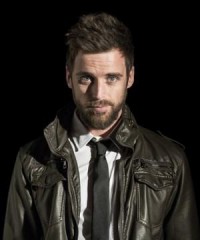 THE POP and rap artist from Franklin, Tennessee, B.Reith, whose 2016 EP 'Heart On My Sleeve' produced the Cross Rhythms radio hits "Winning Feeling (ftg Christon Gray)" and "Start Over", has announced major changes in his music ministry. He has written to his supporters, "After releasing music and touring for 10 exciting years as B.Reith, I've decided to officially change my artist name to my given name, Brian Reith. It has been an incredible journey on which I've met so many of you! I'm not changing who I am. Actually, I'm fully accepting who I am, becoming more transparent, vulnerable and the fullest version of myself. So this closes an amazing chapter, but is the beginning of a new era! Not only am I changing my name, I'm changing the way that I release music. I don't want anything getting in the way of releasing music. So I'm going to release ONE SONG, EVERY MONTH, straight from me to you."