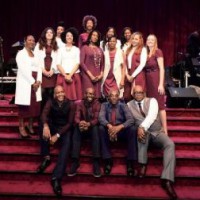 BRITAIN'S long-running gospel choir IDMC, fronted by John Fisher, are to embark on their most extensive tour of Britain, celebrating the choir's 25th anniversary. The tour kicks off in London on 13th September and takes in dates in Leeds, Manchester, Croydon, Luton, Coventry, Northampton, Milton Keynes, Newcastle, Liverpool, Southport, Bristol, Birmingham, Maidenhead, Oxford and finishes in Chester on 23rd December. Earlier this year, IDMC released the single "My Change Has Come" and will soon be releasing another single, "I Believe".

For more on IDMC visit the IDMC artist profile