Jonathan McReynolds picks up a Grammy 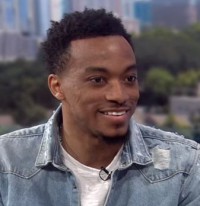 R&B Gospel star Jonathan McReynolds won his first Grammy Award at the 63rd Grammy Awards Ceremony held recently. His award was for the Best Gospel Performance/Song for the hit single "Movin' On (ftg Mali Music)". The track is featured on McReynolds' latest Entertainment One EP 'People'.

Said McReynolds, "I was hoping to be considered for a Grammy one day, but still was completely stunned when it actually happened. Everything about the songwriting, recording, release and friendship was unique and special. Just how God wanted it to be."