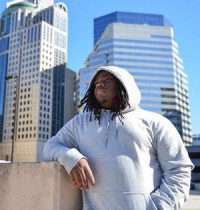 HIP-HOP ARTIST and producer from Montgomery, Alabama, Big Yae, who released his debut mixtape 'The Resurrection' in 2015 and has been featured on songs by Rockstar JT and hip-hop collective Anonymous, has released a single. "We Gone Shine" features CJ King.