Beacon Light to release the single "I'm In It" 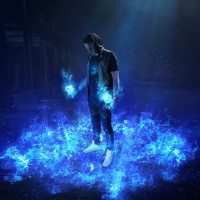 THE RAPPER, Beacon Light from Grand Rapids, Michigan, has released the single "I'm In It". He said, "I just wanted to be real . . . The second verse was fuelled by a comment on YouTube. I see a lot of ignorant comments, but this one I just had to respond to. As far as name drops go, hopefully you'll hear my intent when you listen. If there is any confusion, I'm happy to do an interview."