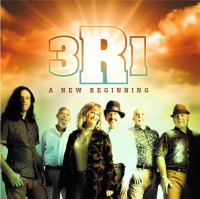 VETERAN Atlanta-based band 3R1Rocks have released a single "I'm Not Waiting (ftg Don Schrock)" from their mini-album 'A New Beginning' that was issued back in August 2017. Band member Don Schrock, who wrote the upbeat track, said, "The band is excited about the new single and the rest of the new music that we are releasing. Our prayer is that our high energy Christian music will bring a loving and healing message that our hurting world needs today." The band first released music under the name Three-R-One.