Music from and inspired by biblical film Samson to be released 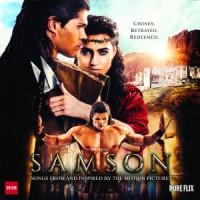 DREAM RECORDS will be releasing in February the album 'Samson: Songs From And Inspired By the Motion Picture'. The album will feature tracks from The Rock Music Emmanuel Church, The Potter's House, Cindy Cruise Ratcliff, The Cloud Music and others.