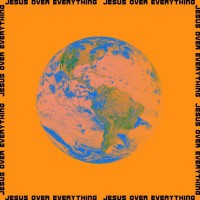 HAVING released five singles in 2018 the youth band spin-off of Planetshakers, Planetboom, are releasing their debut full-length album on 22nd March. 'Jesus Over Everything' features all five of their singles such as "Run To You" and "Lemme Tellya" as well as six new songs. Planetshakers youth pastor and drummer Andy Harrison has written a book, Jesus Over Everything, to accompany the album. Said Harrison, "Jesus Over Everything is a collection of notes for the next generation of worshippers. It's about having a life-changing encounter with God, but it's also about continuing to encounter God for the rest of our lives and setting us up to live out the call that God has for us."