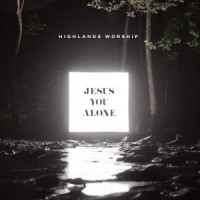 A 15-SONG album by Highlands Worship, the aggregation emanating from the Church Of The Highlands in Birmingham, Alabama, was released globally through The Fuel Music on 1st March. 'Jesus You Alone' is Highlands Worship's third full-length album and was produced by the team's Chris Griffin and mixed by Sam Gibson (Hillsong, Jesus Culture). The album features six new full band recordings of songs first featured on Highlands Worship's acoustic EPs, 'Vol 1: Wonderful Things' and 'Vol 2: Jesus You Alone', along with nine more songs. Said worship pastor John Larson, "When we wrote these songs, we hoped they would be encouraging and refreshing to people that listen to them. The best way we know to accomplish that is to put all the focus on Jesus and who he is." Larson leads Highlands Worship's 900+ active worship team members and 70 full or part time musicians on staff.