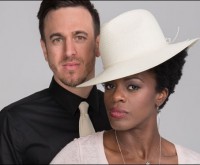 A LIVE acoustic version of the Christmas song "Joyful, Joyful (O Come)" has been released by Seth & Nirva. A remix of the song "We Won't Back Down" (first heard on the duo's 'Never Alone' debut album) is slated for release on midnight, New Year's Eve.