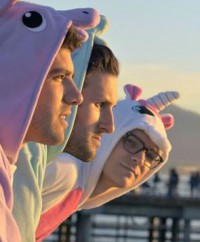 Renowned drummer Cobus Potgieter is behind a new Los Angeles-based pop trio Nineclub who have recently released their third single "Keep On". Nineclub's music is described as "socially aware, introspective and intellectually challenging lyrics meet cutting edge production techniques and true musical virtuosity to produce an organic and truly human pop sound." Cobus is best known for his drum covers and for starting the YouTube Band Project. He is the second most subscribed drummer on YouTube.