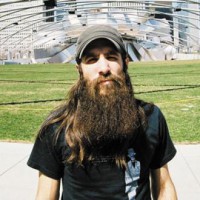 THE ALBUM 'You Don't Know (What The Lord Has Done For Me): Roots Gospel Vol 1 (2017)' by Louisiana born Sean Michel is soon to be released. Michel launched a Kickstarter campaign in July 2016 to fund the album. The project includes a mix of original gospel songs with traditional gospel blues tunes and is being produced and engineered by Paul Moak at Smoakstack Studios in Nashville. Musicians featured on the album include Jimmy Abegg, Aaron Smith and Eddie DeGarmo.