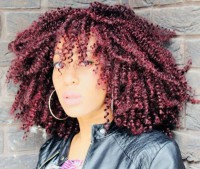 AFRO GOSPEL singer Louisa Obadan, now based in London and who records under the name Louweezar, has released the first of three singles from her forthcoming debut album. "High And Lifted Up" was written by Louweezar and produced by Evans Ogboi. A video directed by Theon Zander accompanies the release.