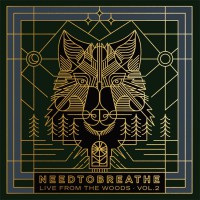 THE MAINSTREAM Southern rock hitmakers Needtobreathe will be recording a new live album on 13th and 14th March. 'Live From The Woods Vol. 2' will be recorded at two socially distanced outdoor concerts at the famed venue The Caverns in Pelham, Tennessee. The album is planned to be released on 16th April through Elektra Records. The first 'Live From The Woods' album was released in 2015.