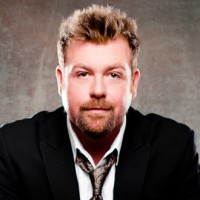 THE POPULAR tenor who after leaving Gold City has been a solo performer, Steve Ladd, has joined The Old Paths. The group retired in December 2015 but are now back touring and recording with Sonlite Records. A six-song EP 'Long Run', produced by Jeff Collins, has been released. Said The Old Paths' Tim Rackley, "We were blessed with incredible songs by great writers. With Steve Ladd joining us at tenor, our time in the studio felt like we'd been together for years. We are so thankful that God has allowed us to be out on the road again."