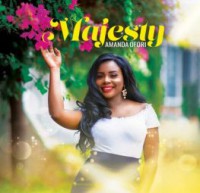 LONDON-based Amanda Ofori, whose music is described as "a fusion of contemporary praise and worship with an R&B undertone", has released her debut single. Speaking about the single "Majesty" she said, "This song was birthed in a place of worship and written a few years ago. The period of putting it together was a journey filled with anticipation, laughter and tears but I'm so glad through it all."