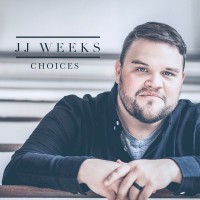 AFTER more than 17 years of touring with his band, Georgia-based singer\songwriter JJ Weeks has released his debut song as a solo artist, "Choices". JJ said, "Every choice that we make, whether it's big or small, whether it's great or insignificant, should be made through the filter of the God we serve; through the lens of our faith." Weeks has now signed a deal with Ian Eskelin's Radiate Music in Tennessee. Ian, who co-wrote "Choices", said, "I've been a JJ Weeks fan for a long time. He has a big voice and an even bigger heart!"