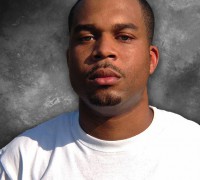 A MIXTAPE by Cleveland-based rapper Kelvin Cornell (otherwise known as KC) has been released. 'Believer Music Vol 2' is hosted by DJ I Rock Jesus and features Saint Jones, Rare Of Breed, Phylicia McCastle, Monolog and others.