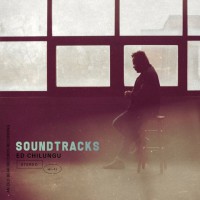 A SINGER/SONGWRITER from Buffalo, New York, Ed Chilungu, will release his album 'SoundTracks' through Old Bear Records on 12th October. Read a press release, "Through the years Ed has taken his jazz and classical training and combined them with modern worship to create a hybrid of musical expression that begins through his own personal worship through music that leads to him seeking the heart of the Father."