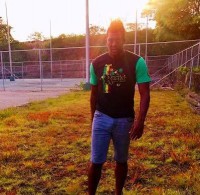 THE REGGAE and soca artist JrDynamite (also known as James Saunders) has released a single, "Never Giving Up". The track was produced by GPro of Trinidad's Action1 Studio. Read a press release, "This track is sure to have you singing along as you face each mountain with a calm assurance that God is always in control."