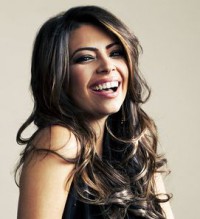 NEW CHRISTIAN music label Red Street Records have been launched in Nashville. Well-known record producer and songwriter Don Koch has been appointed general manager and the inaugural signings to the label are female vocalist Lauren James and veteran CCM hitmakers Avalon. Red Street Records owner Jay DeMarcus told Billboard magazine, "I always feel like I'm going back home every time I do work over there [in Christian music] because that's where I started. I grew up in the church and loved contemporary Christian music. I go back to the early days when it first started with the likes of Amy Grant and Michael W Smith. Those people that really pioneered are heroes of mine. . . I want to be a part of bringing more visibility to the Christian music genre and give it some platforms that it may not have had before. I feel like as blessed as we've been with Rascal Flatts."