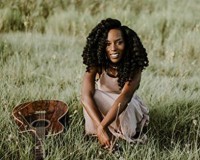 THE SINGER, songwriter and acoustic guitarist Jokia has released a six-song EP. 'Not Forgotten' contains the song "The Father (T.F.L.I.U.)" which features Felicia Williams and Uncle Ben, and "Amen", released last year as a single.

For more on Jokia visit the Jokia artist profile