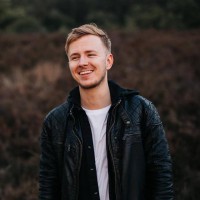 A SINGER/songwriter from Amsterdam, Netherlands, Leon Lieffijn, who last year released a single with Chrissy Sanderson which received critical praise, has returned with another single, "Our God Reigns". Wrote Jesusfreakhideout, "This song easily fits into the current mainstream pop/worship aesthetic but manages to have a much more profound and nuanced sound."